Errors, as we know, transpire in every complex system that involves human beings, and healthcare is no exception. Human error is the third leading cause of death, making the healthcare industry one of the unsafest industries, worldwide. It’s a chilling reality.

When intensive care patients need respiratory support for the underlying disease to heal, the risks for errors increase. The errors can be as trivial as clinicians not finding the right knob on respiratory care device or while attending to a patient with a certain disease in intensive care, they need to operate a device they have never seen before. Inappropriate settings in mechanical ventilators can lead to lung damage with fatal consequences. Added to this, the lack of an adequate number of clinicians often leads to medical errors that typically involve simple slips and lapses of attention in the wake of unmanageable and heavy workloads. Evidently, accomplishing the goal of zero preventable deaths is easier said than done, as every clinician needs to understand the workings of ventilators, the different ventilation modes and their capabilities. The respiratory care society currently is making a huge effort to cover a big gap of clinicians that will emerge in the coming years.

So, the question looms: how do you train those clinicians and get respiratory care therapists into hospitals?

Switzerland-based, Organis GmbH has the answers. Set against this backdrop, Organis is heeding the call, priding itself in enabling clinicians to address such errors in respiratory care and improving the usability of new medical devices and equipment through its teaching and testing devices. Organis makes highly-realistic training possible through medical simulators that allow teaching clinicians in the use of their respiratory care products, and testing for manufacturers for development, production, marketing and regulatory affairs. Founded by experts in mechanical ventilation and mechatronics, Organis is on a mission to advance the field of medical simulation training by developing and manufacturing high-fidelity simulators. “Organis’ products are ‘artificial patients’ that can be treated as if they would be real patients– focused on respiratory care. In contrast to so-called ‘simulators’, Organis’ products are autonomous, i.e., they produce outcome autonomously and without operator interaction. Consequently, the outcome is highly reproducible,” says Dr Josef X. Brunner, co-founder, Organis GmbH. “Respiratory care devices are inherently complex to use, and training on patients is not ethical. Organis’ products make highly realistic training possible, without risks for patients during the training and all the benefits for patients after the training. Organis’ products enable to train rare but severe patient cases and thus prepare clinicians for these cases once they show up in the hospital.”

In doing so, Organis equips clinicians with autonomous lung simulators TestChest for providing simulation-based medical training. Dr Brunner suggests that connecting the ventilator to a lung simulator is a safe way to practice respiratory care.

However, there is a glitch. The simplest lung simulators are not designed to respond to state-of-the-art modes of ventilation. On the other hand, sophisticated simulation mannequins with integrated physiological models still require operator input to create outcomes. Therefore, conventional lung simulators may not be the optimal choice to teach advanced mechanical ventilation in ARDS patients. This is where Organis steps in with its autonomous lung simulators that can simulate not only lung mechanics but also metabolism, lung collapse and recruitment, spontaneous activity and hemodynamic response, ranging from ARDS to COPD. TestChest from Organis GmbH can be set to represent certain pathologies (cases) and automatically and immediately respond to respiratory therapy. No operator input is required other than to define a case. Autonomous lung simulators, as such, allow clinicians to explore the workings of their intensive care ventilators and respiratory support devices and improve the management of patients, which, in turn, results in no more avoidable medical errors because of the lack of training on intensive care ventilators.

While simulation mannequins invariably have lungs that do not reflect physiological reality in disease, with TestChest, these mannequins get a “lung transplant” and can be turned into intensive care patients that autonomously react to respiratory therapy. TestChest also assists manufacturers of respiratory care devices—who need extensive testing and reproducible testing—in creating the necessary data as the autonomous lung simulator breathes like a real patient. With TestChest data, a specific client of Organis was able to obtain regulatory clearance in a few months.

At a time when high-fidelity simulators are expensive, and the return of investment is difficult to calculate for simulation-based training, Organis has launched an economical version of its autonomous lung simulators—TestChest-light. Built on the same platform and providing the same mechanical and physiological features, TestChest-light is available at a significantly reduced price tag to make simulation-based medical training affordable for all intensive care units at an unprecedented level of performance.

Developed to simulate the human heart and respiratory system for teaching and training purposes, TestChest can be used either as a stand-alone skill training station or integrated into a full-scale patient simulator. TestChest is further intended to check the functions of ventilators, CPAP devices, and other respiratory support devices in laboratory facilities. In particular, TestChest permits the testing of closed-loop controlled ventilators for exhaled CO2 and SpO2. Tests described in ASTM 1100, EN 794-1, and IEC/ISO 60601-1-10 can also be performed with TestChest. Unlike existing devices, TestChest features remote-controlled respiratory mechanics, programmable FRC and non-linear (sigmoidal) elasticity curves, hemodynamic interaction models, and much more.

Dr Brunner credits the success of TestChest to Organis’ team of specialists who have assembled a unique blend of engineering, clinical, and physiological knowledge. Moving ahead, Organis will continue its efforts in improving and advancing the technology both on the hardware and software side. “A number of new and exciting products are in the pipeline. Most importantly, expansion of the market to the USA starts now with Hudson Simulation Services, LLC of New York,” concludes Dr Brunner. 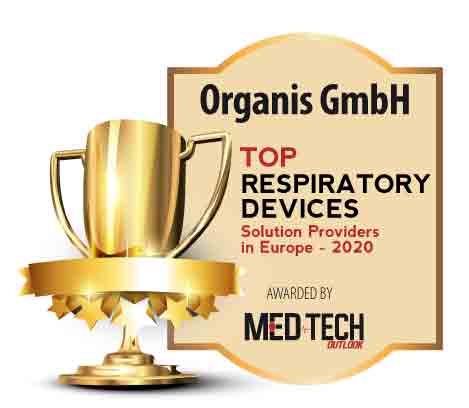 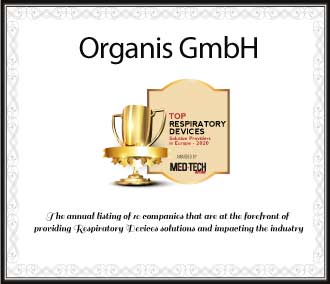 Description
Organis makes highly-realistic training possible through medical simulators that allow teaching clinicians in the use of their respiratory care products, and testing for manufacturers for development, production, marketing and regulatory affairs. Founded by experts in mechanical ventilation and mechatronics, Organis is on a mission to advance the field of medical simulation training by developing and manufacturing high-fidelity simulators. “Organis’ products are ‘artificial patients’ that can be treated as if they would be real patients– focused on respiratory care. In contrast to so-called ‘simulators’, Organis’ products are autonomous, i.e., they produce outcome autonomously and without operator interaction. Consequently, the outcome is highly reproducible